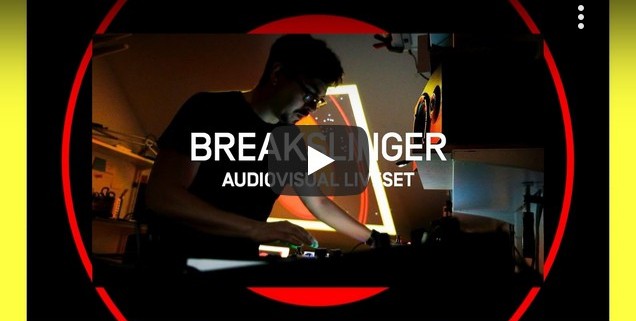 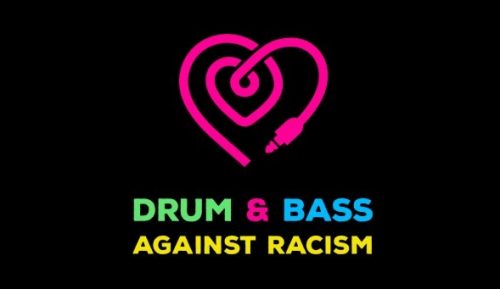 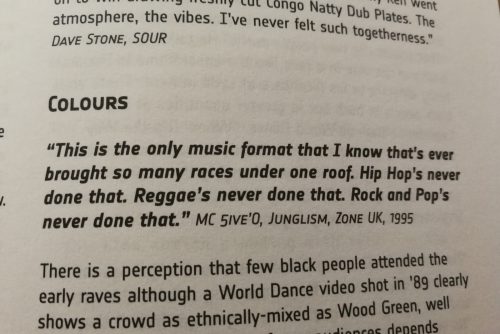 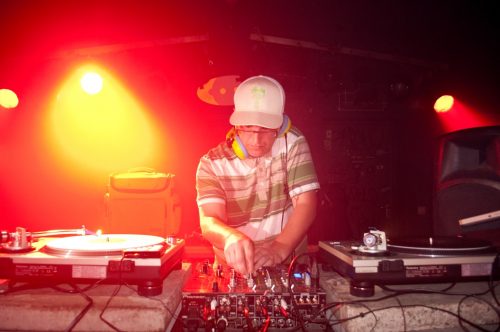 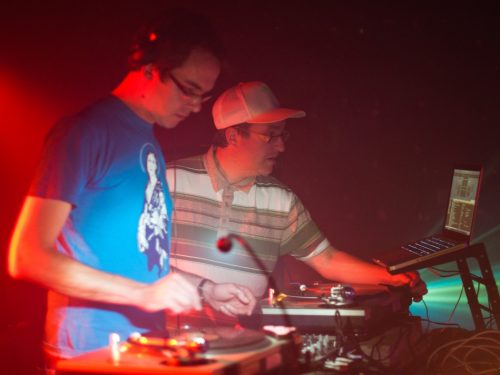 Here is an (almost complete) version from the live performances of our ‘Binary Patina’ project at Irminenfreihof Trier from 23rd and 24th October 2015 (buy the album on Bandcamp).

‘Binary Patina’ was the title of a series of two audiovisual live-performances that were staged as facade projections of over 800 square meters in size. For the second installment of ‘Binary Patina’, the at the time unused former Prosecutor’s office of Trier, Germany, was used as the canvas for a dynamic pictorial layer that addressed the threat of global surveillance in the digital age: Audio-visual samples of contemporary discourse, historical data on US drone strikes from the Dronestream API (banned by Apple), excerpts from the Snowden leaks, maps and 3d-renderings of NSA´s Dagger Complex near Frankfurt and GCHQ headquarters in the UK, partially obscured beyond recognition, were synthesized with the music and real-time-generated visuals.

Unfortunately it is extremely difficult and expensive to film projection mappings such as ours. So the video does not recreate the live experience at all, but gives an impression about what we did. If you like the album, it might also be interesting to listen to some earlier version from some of the tracks. 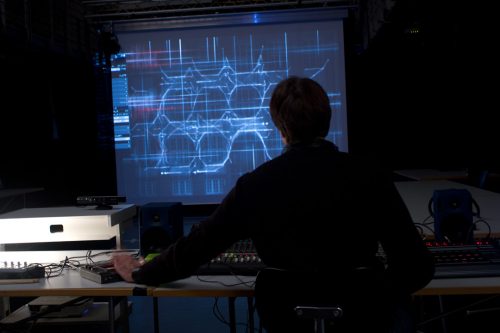 In addition to the official information on the homepage, here is my personal perspective on our album ‘Binary Patina’, which sees its release today in all major stores (click here for Bandcamp). The text also answers the question, why so much time passed since the events.

The whole project has been in the works since late 2013. It has been a fantastic and rewarding experience to work on this beast with JeongHo Park and my long time musical companions Flextronic and Breakslinger, but partially it has also been a painful process (binary as well: joy and pain), so on many levels I´m happy to present its final form now.

‘Binary Patina’ was the title of a series of two audiovisual live-performances that were staged as facade projections of over 800 square meters in size. For the second installment of ‘Binary Patina’, the at the time unused former Prosecutor’s office of Trier, Germany, was used as the canvas for a dynamic pictorial layer that addressed the threat of global surveillance in the digital age with a musical live perfomance and real-time-generated visuals.

The First Version – Ephemeral as it gets

The first installment of ‘Binary Patina’ was developed in 2013 only 6-7 weeks prior to the event, which was impossible, but we somehow pulled it off, sacrificing quite a few sleep-deprived nights. It ‚only‘ consisted of an intro and 8 tracks and ran for 21 minutes as a purely audiovisual experience and was only performed once on October 30th 2013.

We didnt see the show properly with our own eyes, because we stood on a low stage with a very low ceiling, so we were eager to see the recorded material. But there were only a dozen decent photos and the videos from all four cameras were almost completely unusable and didnt give any decent impression of what happened that night. We used a few bits in the teaser trailer for BP2.

After putting so much effort into it, we were bitterly disappointed, even though we knew, we could hardly blame anyone. Local media and a lot of people were really raving about what they had experienced, but we somehow felt out of touch with the whole thing.

In the following months JeongHo worked on an app version for some time, but somehow I was reluctant to work on BP. This would have been necessary though, because at the time of the performance, most of the tracks only ran for around two minutes and needed a lot of effort to develop into full tracks. But as other projects needed my attention in 2014 (like the A.H.A. album), I didnt spend much time on developing ‚Binary Patina‘ any further.

Going Back in for BP2: Refining the Concept

In spring 2015 we were asked to do develop a new version of BP, but this time six months in advance. Although it took quite some time, until the location was finally decided (at first we were asked to do the Porta Nigra). I asked Breakslinger, if he wanted to join as a third musician, which proved to be a valuable addition. We sorted through the old material and started to write new one music as well, this time aiming for a show of around thirty minutes.

I felt the project neeeded a concept beyond mere audiovisuality. So as I´m deeply concerned with the development of the internet and digital society and we were still in the wake of the Snowden leaks in 2015, I thought that it might be a good opportunity to work on themes of global surveillance. The facade of the former Prosecutor´s office also seemed a suitable location for this. And using a transmedia format to address this internet-based and all-encompassing threat also seemed like a promising endeavour.

For one thing, I wanted to incorporate relvant data into the visuals. For example, we used historical data on US drone strikes from the Dronestream API (banned by Apple), excerpts from the Snowden leaks, maps and 3d-renderings of NSA´s Dagger Complex near Frankfurt and GCHQ headquarters in the UK, partially obscured beyond recognition.

As I knew, the concept would also have to translate to the pure audio form on the album, spoken or sung words would also be necessary. I had always been fascinated by audio-visual-sampling, from the early pionieers of the Emergency Broadcast Network or Ninja Tune´s Hexstatic to contemporary artists. So I researched video footage of contemporary discourse for significants bits, that could be used as spoken word samples. Some are well known, like former NSA Director Michael Hayden admitting that „we kill people based on meta-data“ (but no Americans, so his audience wasnt alarmed), which can be heard on the track Auto-Kill Dub.

The format of the concept album seems to have fallen out of time as people nowadays consume music as individual tracks in playlists (or in mixes, like I do a lot). BP hopefully is received (at all and) as a very diverse album, but still cohesive enough to be regarded as a concept album and not just a compilation of tracks.

BP2 was performed three times in October 2015. We did a lot more live than the first time and had an even more complicated setup. For BP1, we had stood behind the crowd, so noone knew, but this time, we were right below the projection and also illuminated and the intro credits also said „live performance“. Still people didnt get it. We refrained from using live footage of us in the projection, but surely it would have helped.

As it´s pretty hard to rehearse a show like that, because of the high cost of the projectors and the use of a public square. We only had one evening to test the visuals a few weeks before the event. So in the end we ran into a few technical problems and some things didnt work as planned. A colleague asked me, why we didnt just render the whole thing (audio and visual) beforehand. My answer is, that almost all similar architectural projection mapping projects do this and that realtime and uniqueness adds a certain quality for the maker and for the recipient.

I must admit, that I had just rediscovered that a little earlier: After few years of only going to clubs and electronic shows, I went to a my first real live music concert again in 2014. It was NIN and their audiovisual show was nothing more than breathtaking. I was completely flashed. Important to the whole experience was, that it wasnt all studio quality, but had the minor drawbacks of a live show (although we´ve come a long way, if you think about what electrified bands must have sounded in the 60s without monitoring or remember how they still did in the 90s).

Regarding the video documentation, we only made a little progress the second time around. We had tried to ensure beforehand, that there be put more planning and effort into the video documentation, which actually was, but the end results were still far from perfect. There are a lot of tricky technicalities you have to regard and specialists couldn´t be hired, because of the already high cost of the whole event.

So as our plans crumbled again, we decided in early 2016 to reshoot footage indoors to somehow combine it with bits from the live event, but we weren´t totally satisfied with the results. Some of this material can be seen in the music videos for ‘Pocket Watcher’ and ‘Panopticon’, the live footage is in the respective video. As we finally had to admit, there weren´t too many possibilities to work with the visuals, we focussed on developing the tracks for an audio-only album. Personally I went through one of the worst years of my life, so I wasnt able to finish working on the tracks until the end of 2016. With the ensuing mastering process and scheduling the release itself, it took us until May 2017 to now finally come to an end with ‘Binary Patina’.

I discovered that I can work guitars into my productions really well, when I created my A.H.A.-soundtrack album in 2014/15. As a teenager I almost exclusively listened to guitar-based music, along with some HipHop before discovering electronic music in my early 20s. So I probably like my guitar-based tracks so much, because they give a more holisitic representation of me.

A few of my musical ideas were closely tied to the visuals (‚Transcend‘ for example) and lack something if only listened to, at least in my opinion. At the time of release, I´m most happy with ‚Auto-Kill Dub‘ and ‚Word of Advice‘ with Semuta on vocals. We tried to end the album with a hopeful outlook. We tried to achieve this by placing two tracks at the end of the album that reference the counter cultures of the 60s and 80s.

‚Patina‘, the second-last track, has this kind of post-punk feel to it and includes this call-to-action-sample of Annie Machon, a former MI5-Whistleblower. ‚Word of Advice‘ as the ending track is fundamentally dubstep, but uses all these 70s counter culture references in the instrumentation and sounds. Together with the intro sample and Semutas lyrics this should bring the message across, that we can join as an opposing force and try to revive the success of the historical social movements for the 21st century.